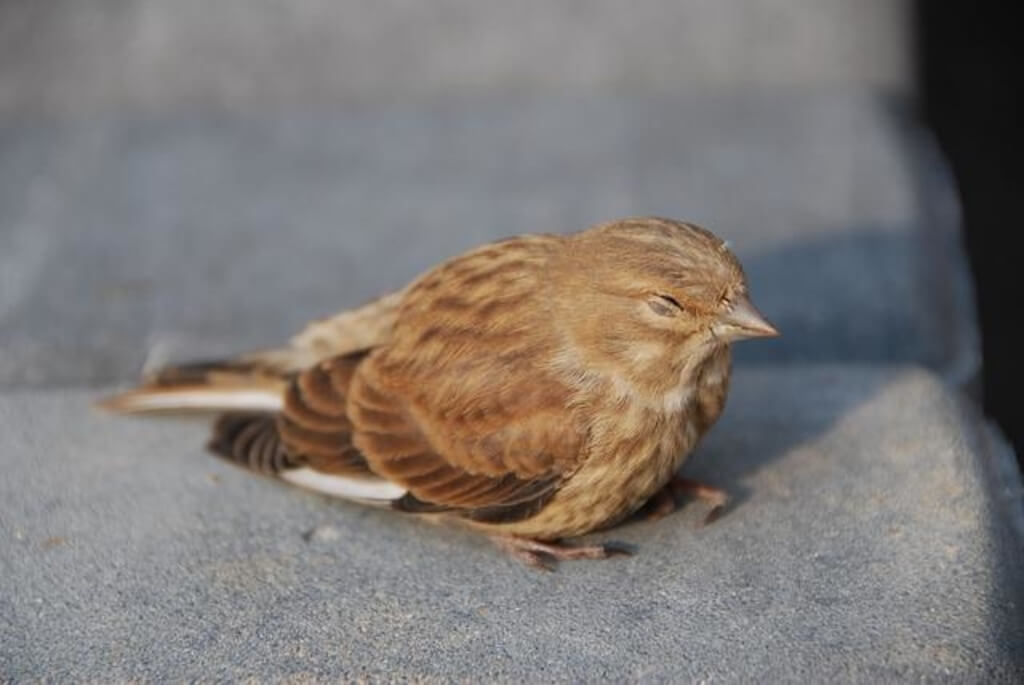 What time do birds wake up in the morning? Birds are known for their early morning starts, but what time do they actually wake up? In this article, we will explore the topic and give you a detailed answer.

What time do birds wake up?

The time birds wake up in the morning varies by species. Songbirds are usually the earliest risers, followed by raptors, and then waterfowl. Owls are typically the last birds to awaken.

The time birds wake up in the morning is governed by many things, including the length of their day, how much light they need to see, when they hunt or feed, and whether they are diurnal or nocturnal.

For example, American robins are the earliest risers typically start singing at around 4am. Some other birds that are up and active early in the morning include blue jays, chickadees, tits and titmice.

What time do birds go to sleep?

In the wild, most birds retire for the night around an hour after sunset. This varies somewhat depending on the latitude and time of year, but is generally a pretty reliable rule of thumb. Urban birds, which are used to artificial light sources, may stay up later – sometimes as late as 10pm or 11pm.

What time do birds wake up in winter?

Birds in the Northern Hemisphere tend to sleep in a bit later during the winter months. While some birds may wake as early as 4am in the spring and summer, many will sleep until around 7am in the winter. This is likely due to the longer hours of darkness during winter and the need for more rest.

Although birds may sleep in later, they still engage in many of the same activities as they do during other times of the year. They may search for food, socialize with other birds.

Why do birds wake up at 3am?

Birds are known for their early morning wake-up calls. Dawn is typically the time when birds start singing and going about their day. So why do birds wake up at 3am? There are a few reasons why birds might start their day early. One possibility is that they are responding to streetlights.

Studies have shown that birds are more likely to sing at dawn when there are streetlights. The light from the streetlights can disrupt their natural sleep patterns and cause them to wake up earlier than they would normally.

Another reason why birds might wake up at 3am is because of their circadian rhythm. Their internal clocks tell them that it’s time to get up and start moving around.

The circadian rhythm is affected by things like daylight, temperature, and noise level, so it’s no surprise that it can also be affected by artificial light from streetlights.

What time do birds eat?

What time do birds start chirping?

Different species of birds start singing at different times, but typically, birds will start chirping between 4am and 5am. This is because many birds use song as a way to mark their territory and communicate with other birds, and early morning is when they have the most quiet environment in which to do so. If you’re an early riser and enjoy listening to the bird song, get up early enough, and you’re likely to hear plenty of chirping!​​​​​​​

Why do birds wake up so early?

There are a variety of reasons why birds might wake up early. One reason is that they need to take advantage of the daylight hours to find food. Birds are naturally prey animals, so they need to spend as much time as possible looking for food in order to survive.

Another reason birds might wake up early is to build nests or tend to their young. Birds are very social animals and often work together to care for their young. Finally, many birds migrate long distances and need to get an early start in order to make it to their destination.

What time do robins wake up?

Robins are one of the earliest birds to start singing, even before sunrise. They are usually up and about around 4 am. Although they are more active in the morning, they can be seen throughout the day. Robins are territorial and will often sing to mark their territory.

Why are the birds so loud right now?

Springtime means new life. For many, that means the return of birds to their neighborhoods. The chirping and tweeting of these feathered friends can be a joyous reminder that warmer weather is on the way. But what’s behind this sudden outburst of bird song? Birds sing for many reasons—to attract a mate, to proclaim their territory, or simply because they’re happy.

In spring, males are trying to establish dominance over other males and let females know they’re available. The louder and more complex the song, the better chance the bird has of impressing a potential mate.

So next time you’re out for a walk and are suddenly surrounded by birdsong, remember that it’s all just part of nature’s process. And be sure to take a moment to appreciate the beauty of these musical creatures!

What time do birds wake up in the UK?

Different species tend to start their day at different times. For example, songbirds typically start singing an hour or two before sunrise, while birds of prey may not start hunting until later in the morning.

Despite this variability, most birds in the UK are up and about by 7am or 8am. This early activity is likely due to the fact that many birds need to eat breakfast in order to refuel for the day ahead.

Some species, such as robins, crows, mourning doves, tits and finches, are particularly active in the early morning hours, raiding gardens for insects and seeds. There are a few exceptions to this rule; namely, nighttime birds like owls and bats.

What time do birds wake up in winter?

Birds are known for their early morning wake-up calls, and this habit is especially noticeable in wintertime. Many bird species in North America start stirring around 7am, just as the light starts to increase.

This early rising allows birds to take advantage of the day’s activities, such as foraging for food or seeking shelter. It’s also a great opportunity to observe these fascinating creatures in their natural habitats.

If you’re looking to catch a glimpse of some early risers, head outdoors around 7am during winter months and keep your eyes peeled!

What time do birds wake up and go to sleep?

Small songbirds may wake up as early as 4:00am, while larger birds like eagles may not start moving until 8:00am. Regardless of the time they wake up, most birds will head to bed by sunset. This ensures that they have enough time to rest before starting their next day’s activities.

What time do birds wake up in spring?

Most birds wake up in the early morning hours, often before dawn. This is particularly true for birds that are diurnal, meaning they are active during the daytime. Some birds may start stirring as early as 4 or 5am, while others may not start moving until closer to sunrise.

One reason that birds wake up early in the morning is to take advantage of the morning light. Birds rely on their vision to find food and navigate their surroundings, so they need plenty of daylight hours to do so.

Additionally, many bird species sing or call out in the early morning hours, which is thought to be a way of communicating with other members of their flock or attracting a mate.

What time do birds wake up in March?

In early March, many birds are beginning to sing and display early in the morning. This is known as the dawn chorus. The chorus usually starts between 4am and 5am, and can last for an hour or more.

The songs are used to attract a mate and establish breeding territory. Some of the earliest risers include robins, blue jays, cardinals, and black-capped chickadees.

What time do baby birds wake up?

Baby birds typically start waking up around 7 a.m., but depending on the time of year, they may start as early as 5 a.m. or as late as 9 a.m. Babies need a lot of sleep, and they usually spend around 12-14 hours a day sleeping.

What time do birds usually wake up?

Birds are typically up and about as early as 4am, depending on the species. Robins and great tits are some of the earliest risers, while crows and mourning doves tend to get up a bit later in the morning. Each bird has its own unique daily routine, influenced by things like weather conditions, time of year, and availability of food.

How do birds know when to wake up?

Most people would say that birds wake up early in the morning because that’s when the sun comes up. Though this is true to some extent, it doesn’t tell the whole story. Scientists have found that birds’ internal clocks, or circadian rhythms, are actually what dictate when they wake up and go to bed.

Your body’s own internal clock is known as the circadian rhythm. It controls things like your sleep-wake cycles, hormone production, and body temperature. The rhythm is mainly regulated by a part of your brain called the suprachiasmatic nucleus (SCN).

The SCN is constantly monitoring light levels. When it detects that it’s getting light outside, it sends out signals to tell the rest of your body that it’s time to be awake.

Why do birds wake up so early?

There are many theories as to why birds wake up so early, but the answer is not fully understood. Here are five potential reasons:

1) Birds may wake up early in order to take advantage of the best feeding opportunities. The morning is when most insects are active, and birds need a lot of energy to fly.

2) Birds may also wake up early in order to avoid predators. Early morning is a time when most animals are inactive, so it is a safer time for birds to be out and about.

3) Birds may use the morning light to orient themselves. They rely on visual cues to find their way around, and the sun is a key navigation tool for them.

4) Birds may sing in the morning to announce their territory or attract a mate.

What is the earliest bird to wake?

Many people assume that the robin is the first bird to start singing and waking up in the morning, but this isn’t always the case. In fact, crows and tits are often some of the first birds to start stirring.

Wrens and chickadees are also known for being early risers.So, if you’re ever wondering what bird you might see hopping around in your garden while you’re having your morning coffee, now you know!

How many hours does birds sleep?

Birds are known for their long hours of flying and being active during the day. But what many people don’t know is that birds need just as much sleep as humans do. In fact, most birds get around 12 hours of shut-eye each day.

This sleep is essential for birds to function properly. Just like with humans, lack of sleep can lead to problems with cognitive function, decision making, and memory. It can also lead to physical problems such as weight gain and a weakened immune system.

So the next time you see a bird taking a break from its busy day, remember that it’s just catching up on some much-needed rest.